…..and the ‘Wisteria Garden’ was ready to be picked up at Agnes’s.  Sandie barely had room in her van but it did just make it! I am so touched that this painting of mine was chosen for such a special gift! 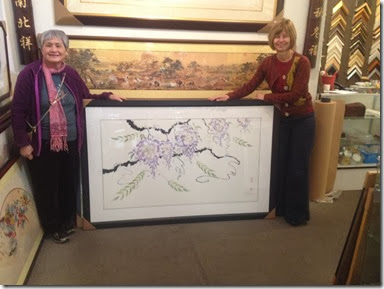 Monday I was off to Bar Verde to meet Laurie. 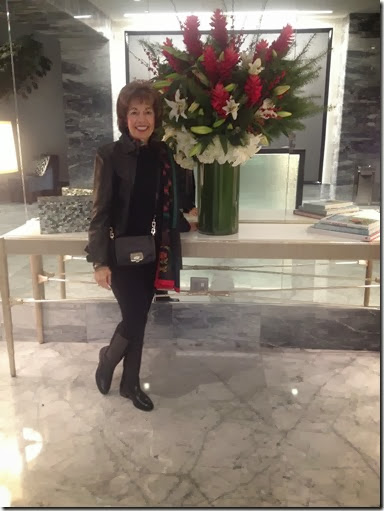 If you use the valet on Brand, there’s a lovely short cut …… 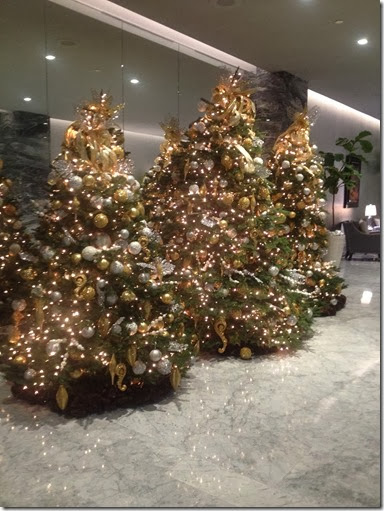 We had fun with the artichokes….. 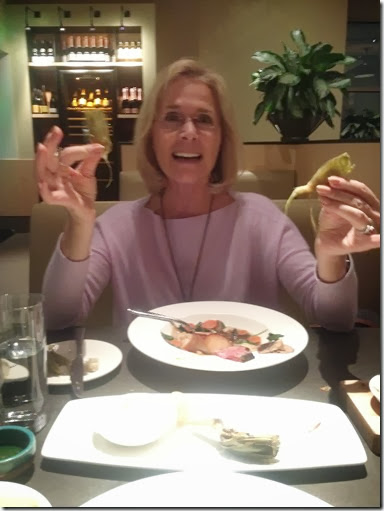 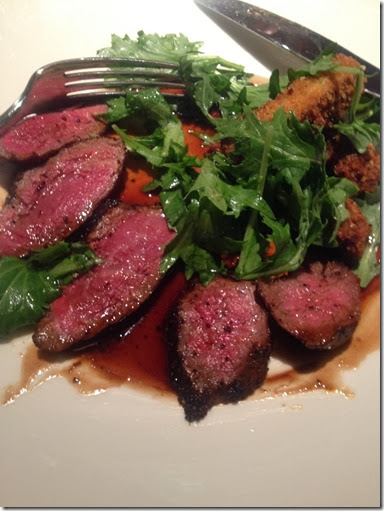 Lizzie came over on Tuesday and Wednesday I met Mary at Kabuki. 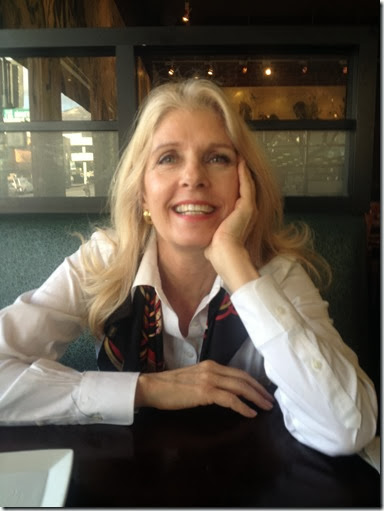 Panic mode set in because there still wasn’t a cover for the Christmas card.  Off I went to Americana hoping to get some good pictures of Santa’s House that might possibly be used. 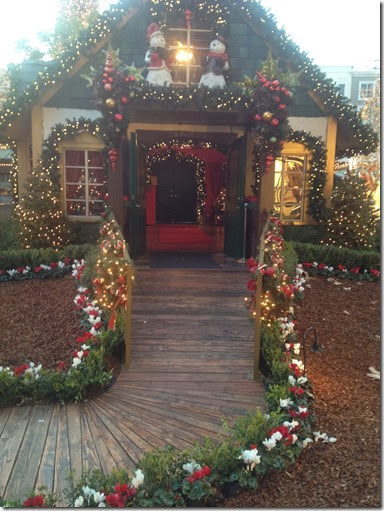 Well that just wasn’t working for me so I decided to sneak inside …..Santa was on a break (really???) but his chair was there. The guards told me photo’s were not allowed. …..My phone was set on ‘photo’ and I got this shot off before I was unceremoniously told to leave. You’ll have to wait to see how we used this……THANK YOU NIKKA! 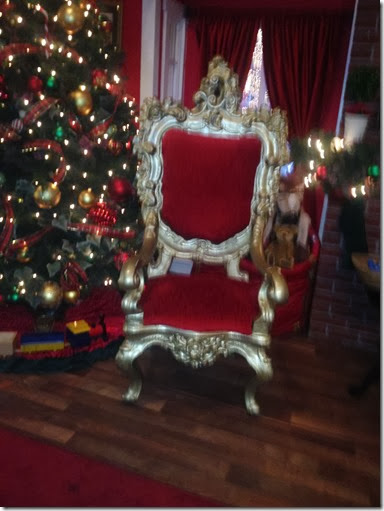 This little fellow was witness to my crime. He was terrified Santa would chase me down. 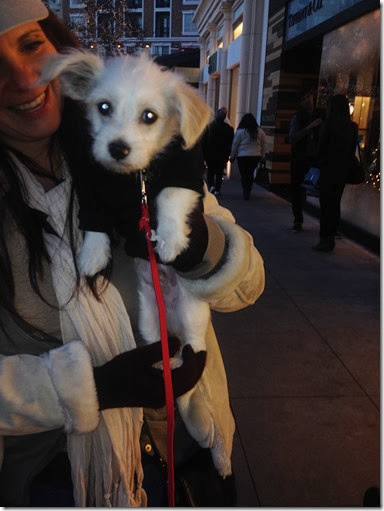 Molly will be leaving for Mexico (for the winter…..how funny) but had time to catch up at lunch. 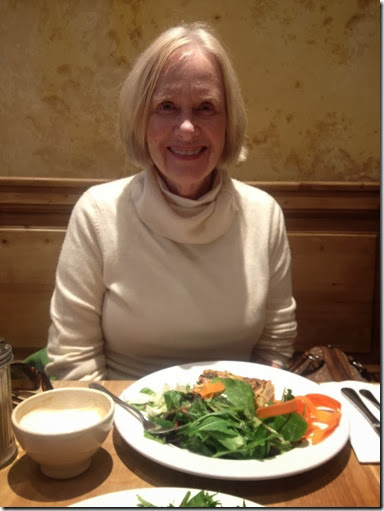 A new Calligraphy series with Shantien ‘Tom’ Chow began Saturday.  Tom was telling everyone about finding the video I took of him performing a Calligraphy masterpiece  all over the world and one that appeared in Japan advertized Viagra along with it.  Well, that makes sense, the Calligraphy he wrote was “Monk Dreaming of a Beautiful Lady!” I love Miss Judith’s reaction!!!! (So does Liz!) 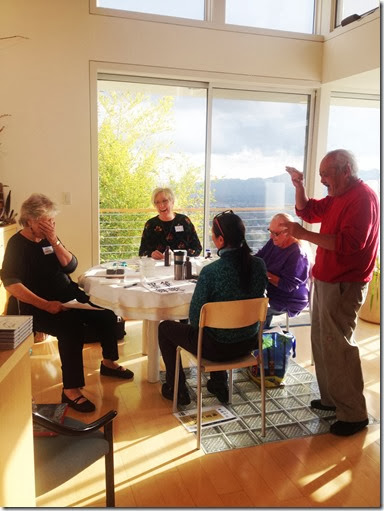 I told you about taking the birthday ‘make up’ cake to Olga, George and Martin. What I didn’t tell you about was when they showed me their ‘Cintig-21,22,24.

It’s awesome but between us….I still prefer painting with brush and paper.  Computers will never match that….great though they may be! 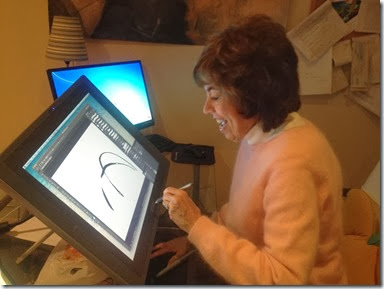 I’ll close off with my first ‘Selfie’…..or in other words…… ‘Help…. I’ve been captured by the insanity going around’! 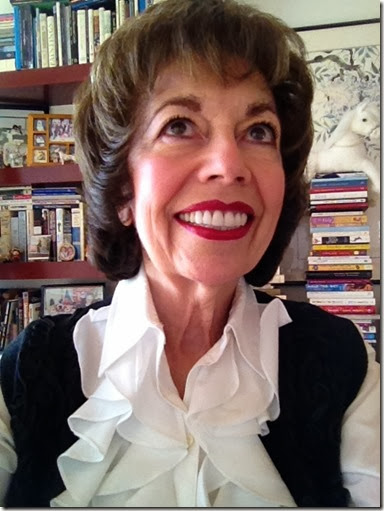 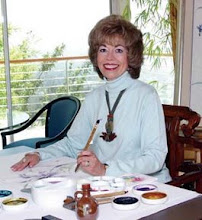